Here at Hard Hat Recruits we are very pleased to have become sponsors of one lucky young adult to join the Spirit of adventure program every year. Over a thousand young Kiwis participate every year in the 10-day voyages, in groups of 40, to build confidence, skills and form lifelong friendships.

Early this year Hard Hat Recruits sponsored Sarah Booth for a 10-day Voyage, here she shares some of her experiences.

“My trip was absolutely amazing, it was so sad that we had to come back early due to the virus. It was nerve-racking at first preparing to board the ship and getting to know everyone on the first day but everyone was so wonderful and I ended up making a lot of good friends. We were all chatting up a storm in no time. When we got on the boat – which was huge! – we were split up into groups called watch groups and they were basically our teams for the journey. My group was called Port A. For sleeping accommodations twenty of us girls were put into a small room where the widest the floor space got was about a meter and the walls were lined with foldable bunk beds that were three beds high with no ladder! Which was a little inconvenient because I was put on the top bunk and had to somehow climb up and down every day without falling. Only fell once, which considering how clumsy I am is a big achievement.

Every morning we would start our days off by waking up at 6:30 am and then having ten minutes to get changed and jump off the boat into the freezing water. It was hard at first and the cold was terrible but towards the end, I actually ended up enjoying the morning swims. I can’t imagine having to do it in the winter though! We did a lot so I don’t know where to start. We sailed around the local islands like Kawau, Waiheke, and Great Barrier while the crew taught us how to sail the boat by ourselves. I think one of the scariest parts of sailing the boat was having to let out the square sails I think were called topgallants. We had to get in harnesses and climb up the mast and then out onto the sides of the sails to release them all while moving! It was definitely the scariest thing I have ever done. Even though you’re in a harness it feels like you will drop to the ground the moment you let go.

We went to the shore quite a bit and did so by paddling in big yellow rafts that we blew up. It was funny when we ended up paddling in circles. When we went to shore the first time we walked up to a big abandoned airfield on Great Barrier where we ate lunch and played bump tag. We ended up having to leave it before we could do much else though because there was a huge amount of wasps! We did a beach clean up as well and while we went around picking up rubbish I found a dead pufferfish which I thought was really cool. The most memorable time going to shore though was when we did a huge hike. It took forever and It felt like it was all uphill! It was hard but also really good and the view from the top was beautiful. Right as we started to head back down the mountain it started to pour with rain and even though we all had heavy-duty raincoats every single one of us got soaked to the bone. The rain also caused us to end up sliding down some mudslides which though dirty was fun. My feet were dead by the end of the walk. We did a lot of swimming which was good because we weren’t allowed to shower the whole time we were on the boat! Things got a little smelly towards the end but we survived.

We did fun activities in our watch groups. There was one where we had to use a rope to swing into a tiny circle while the boat was rocking and we had to fit the whole group inside the circle without falling over. We fell over a lot. My favourite game we played was after dinner when our groups were given a box of random items and then told we had ten minutes to build the tallest tower that we could and balance an egg on top. We then had to write a little song to sing when we presented our tower. It was great fun and my group won! Our watch groups also took turns each night doing night watch. We would pair up and then for two hours each stays up on lookout to make sure the boat didn’t move and nothing went wrong. My watch partner and I drew a really cool turtle during our night watch called Sammy the Sea Turtle. There were a few birthdays on board that we celebrated and we had a dance party which was so much fun. I played a lot of guitar with my new friends and we had a sing-along as the sun went down. Oh, and we also saw dolphins and whales! It was incredible watching the dolphins swim alongside the boat.

Overall my trip was just amazing. So much happened that I’m sure I’ve forgotten to include some things in this email. I made some really good friends and I am definitely going to volunteer to go back again as part of the crew. Thank you so much for the opportunity you gave me I can’t possibly thank you enough.

The Spirit of Adventure is a fantastic program and through corporate sponsorship we provide for a lucky young adult every year. The experience can be life changing and we look forward to continuing our relationship with the program. 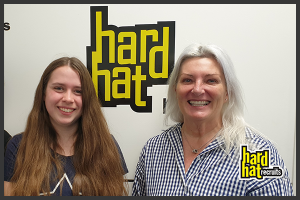